Fútbol Más Stadiums: How it contributed to the transformation of sports venues

Since 2015, Fundación Fútbol Más, through its Stadiums area, is developing campaigns in different sports venues in the country. The Green Card, the Circle of Honor and the Sports Citizenship Guide for Professional Clubs are its main initiatives.

Since its creation, the Stadiums area of ​​Fundación Fútbol Más has developed four massive initiatives. The first was the “America Us Une” campaign, jointly with Unicef ​​Chile and the National Association of Professional Soccer (ANFP), which had the support of thousands of people who, during the Copa América Chile 2015, lifted almost 270,000 Green Cards in a sign of respect for the anthems of the countries that the Chilean national team faced. A total of six games, where the Chilean public showed that it is possible to maintain silence at a time as symbolic as the national anthem.

Thanks to the success of the campaign “America Us Une”, during 2016 and 2017, and with the support of the ANFP, the Football Stadiums area More participated in the qualification process to the World Cup of Russia 2018, where the tradition of respecting the hymns raising the Green Card, with a format different from the previous one. Unlike the 40 thousand that were placed in the seats, 30 girls and boys were placed on the field with giant green cards and raised to the public to maintain silence and respect during national songs.

Another initiative promoted by Fútbol Más Stadiums was “Lo Lindo del Fútbol”, which had the support of the ANFP, the Canal del Fútbol (CDF) and the Professional Footballers Union (SIFUP), which sought to highlight attitudes of sports to contribute to the transformation of football, as an inspiring source for society and, especially, for children.

Its main action was the “Circle of Honor”, a protocol of closing matches where players from both teams meet in the center of the court to make a symbolic closure of the match and send a strong signal of respect and companionship to the attending public . It is an instance where you are invited to live football integratively, regardless of the result and the frictions of the meeting.

Such was the importance of the Circle of Honor, that the procedure became official in all the categories of young soccer in Chile and counted on the participation of all the first division teams of Chilean soccer. In the same way, the message of the Circle of Honor reached more than 15 school, amateur, university and adult tournaments who incorporated the procedure into their tournament.

In June 2017, Fútbol Más was awarded a project by the Ministry of the Interior, through the Safe Stadium Department, which sought to materialize a document that would be delivered to all Chilean soccer clubs, in order for them to develop democratic communication mechanisms, dialogue and participation with their fans and communities.

In this way, the Sports Citizenship Training Plan for Professional Clubs emerged, which became concrete after a series of diagnostic tables and pilot actions that had the collaboration of the ANFP and different Chilean soccer clubs. This gave content to a guide that puts at the disposal of the clubs a set of orientations, tools and actions of diffusion and extension that allow to strengthen instances of dialogue; promote a culture of safety, well-being and coexistence; and promote values ​​and actions of well-being, hospitality and sportsmanship.

This 2018, the Stadiums Area of ​​Fundación Fútbol Más celebrates four years since its birth. During this period the inspiration and experience of each of the neighborhoods has been taken to the most important sports venues in the country, seeking to encourage instances of respect, camaraderie and extension between football and the community. 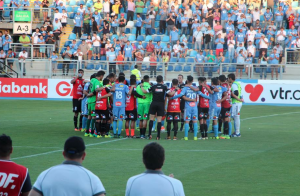 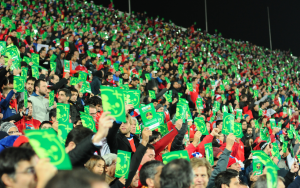