‘Baba Yao’, the documentary that reflects the life of Austin Ajowi and Fútbol Más Kenya will be exhibited at the International Festival in Berlin

Through his documentary “Baba Yao”, the Argentine photographer Sebastián Gil Miranda reflected the reality of the Mathare community, a group of disadvantaged neighborhoods located in the capital of Kenya, where the football coach Austin Ajowi transformed a site used to throw garbage, into a field where the social sport sessions of Fútbol Más are held.

This Sunday, March 24, Fútbol Más will be present at the International Football Film Festival in Berlin with the documentary ‘Baba Yao’, directed by the Argentine photographer Sebastián Gil Miranda, in which the reality is depicted of the social sport sessions carried out by the foundation in Kenya.

Mathare, is the place where these sessions are done for boys and girls growing up in disadvantaged contexts. The coach taking the lead, Austin Ajowi, was in charge of bringing out the field with his own hands.

For many years, the current training site was used as a garbage dump site. However, Austin himself decided to start cleaning it so that the children of the community could have a space to play. Seeing their happiness when they played football, he did not rest until he completely changed the space.

“At the moment i see the happiness of the children, I decided that we had to eliminate all the garbage that was in the place, to be able to keep the field. At the beginning, we did it with only a few shovels and our hands, until we managed to get help with some tractors to be able to take out the hill of rubbish that existed. After removing everything, we stayed in the field some nights so that people would realize that we wanted to keep the place clean. After a while, they got used to it and they did not throw anymore garbage here”, the coach comments in the documentary.

A work of years, which served to clean an area and work together with children and get to have social sport sessions with Fútbol Más. Thanks to this, the current sports space is called ‘Austin Grounds’ in honor to the coach who was behind all the work that led the cleaning of the area, who, moreover, is seen almost as a father by all the young people who participate in each of the sessions.

‘Baba Yao’ is the name of this 34-minute documentary, which is related to the nickname with which they refer to Austin in Mathare, which, in Swahili, an official language in Kenya, means the father of all, exactly what this coach reflects within his community. 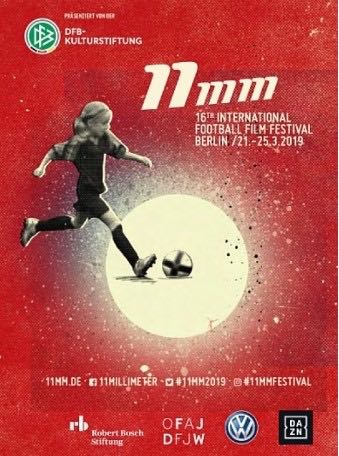